Dakos. A classic recipe of Cretan cuisine. A traditional salad that uses as basic ingredients rusks, tomatoes and olive oil. It's usually served as a side dish, but it can also be a great main course. Complete, nutritious and so delicious!

There are many variations, but more often it's served with olives and oregano. So, in this recipe, there are all the vegan ingredients that we traditionally come across in a dakos salad. We can also accompany our salad with our amazing Greek vegan feta cheese !

This vegan version for Cretan dakos salad is simple, really quick to prepare, with simple ingredients we usually have available and it's also very economical.

If you haven't made a dakos salad before, try it today and you'll see how easy and quick it is. If you're already a fan, try our vegan version and tell us what you think.

We look forward to your feedback! 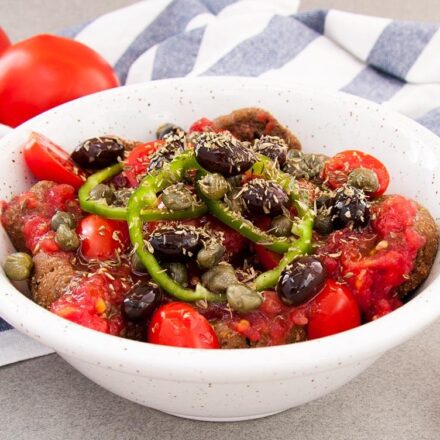 He is a columnist, illustrator, photographer, and graphic designer, and All About Vegans' web design, web development, and post production department, all by himself. Finally, he's a fantastic vegan cook! That is, this is how he imagines himself. He writes recipes and cooks great (enough said) and in his free time he eats. Luckily he doesn't have much free time, so he always stays in shape. 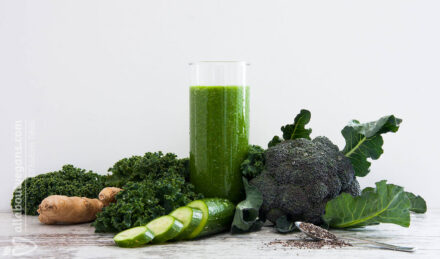 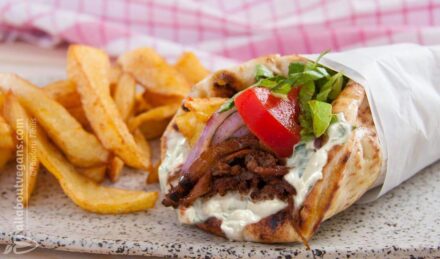 We decided to create allaboutvegans.com with the main goal of informing and raising awareness about the exploitation of animals, as well as for the interaction of those interested in the vegan way of life.
At the same time, we will be happy to help those who wish to present any relevant activity of theirs.
Read more here.

As an Amazon Associate, allaboutvegans.com earns from qualifying purchases.

We are sorry, right click is disabled
Welcome to All About Vegans!

In order to offer you all the services available on allaboutvegans.com, such as participation in the forum, commenting and rating, you must agree with what is stated on the Terms of Use and Privacy Policy.